Wrapped myself up in multicolored scarves, red nose peeking out; I caught my reflection in the kitchen door--I looked like a startled reindeer. Went to dinner at the Chinese place around the corner. Fortune cookie said: Worry is interest paid in advance for a debt you may never owe. What part of fortune cookie do they not understand? I'm not getting it.

Peter left to paint his portrait of V. He'll burn it later as therapy. Family called and cousins, aunts, uncles, parents yelled "Happy Anniversary" into the phone. A great time is being had by all, I was glad to hear.

I'm ringing in the new era writing. I call it appropriate.

Each time the clock hits the hour, I wonder where the fireworks are being shot.

It went something like this: Erm. Uh oh. What the hell? Oh, fuck. I don't want to watch this. I see where this is going. Ain't this sweet? Ha ha ha. Told you so. Heh. Why so difficult? Peter now knows everything John knows. Including wormholes. We're hot to Anna, but not to rescue Evelyn (who is safe and sound on board of mine). To rescue Peter. Nerve in reverse, down to the PK uniform.

That'll teach John to let the guy who tortured him stick a spike in the back of his neck. The boy never learns.

I feel like shit, and this blog means everybody gets to hear about it. My doctor (whom I trust about as far as I can throw her) says I've got a viral infection in my inner ear, or something like that. World keeps spinning. It's a horrible sensation. Even though I know intellectually what's happening, it doesn't stop the fear. Some primeval part of the brain that says 'this is wrong, reality shouldn't have that many dimensions'. Staring at the computer or the TV screen aleviates the feeling - probably because I concentrate only on one point in space, rather than an entire plane. Well... forced to play with the computer. Doctor's orders. That's a tragedy.
I'm listening to Sudurgata. Beautiful... If  it wasn't for that ear...
Posted by Johnny at 11:33:00 AM No comments:

They say there are only two things in life that you can be sure of - death and taxes. Naturally it's the eventuality of these things occuring that is certain and not their nature and content.

But if there's anything else you can be certain of, it's that you will be inevitably, and at times constantly, faced with someone expressing an ignorant or ill-informed opinion that will make you decidedly angry.

And the more you learn, the more you come to understand the complexity of living, the more you will be amazed at the simplicity in which others approach it - as though your endeavours to realise every notion or idea in its entirety, the number of times you have changed your mind, considered the other side, tried to understand every point of view not matter how ridiculous, amount to nothing in the face of someone who can reduce it to an absolute, an "either/ or."

It's affronting. And depressing.

And given the certainty of this situation, why aren't we better at dealing with it?

I think I need a discourse with which to argue for the complexity of ideas. And have it - you know - mean something.
Posted by Johnny at 6:00:00 AM No comments:

Play into the night

He never sent postcards or letters or tokens of his affections. Meredith said he was trying to protect her but she wanted more than ever to know she hadn't been abandoned. Max told her that Dan once hitched a ride in a tank and pretended to be a Belgian soldier at a checkpoint in Serbia. Everyone he met thought he was crazy and everyone had a story about him that probably wasn't true. She admitted, she probably didn't know him very well. She never had a chance.

As a young student she never had time for the whirlwind of romance so she was surprised when a dashing engineering student persisted in asking her out. He showed her how to make love in dark places. He showed her that love could be dangerous and exciting. And then he married her. She'd never known the end of a love affair before so it took her a long time to know when it was truly over and when she did she realised it was many years ago. "How can I get over it?" She drinks coffee in the boatshed with Max and talks about lost loves in exotic places. "It never really began."


They aren't leaving. They know that now. They tell themselves they'll leave but it's more than memories that keeps them here. "You know, when someone dies, no one expects you to get over it." He wipes cups and places them on top of the coffee machine. They stack in neat piles, just the way Dan left them. "But you do."

"I didn't say it was easy, but it happens. My father told me not a day goes by when he doesn't grieve my mother. "


Max puts on Dan's music and it plays into the night. She has lost and she is lost, but here in the boatshed with the music playing she is not crying, and she isn't sad. And she isn't alone. Max leans on the bench with hands around his elbows.
"It's always so quiet here," he says.
"And you think that if it gets too quiet you'll hear it."
"Hear what?"
"That voice in your head telling you you're alone."

Email ThisBlogThis!Share to TwitterShare to FacebookShare to Pinterest
Labels: Current 93, HOH, that voice

Grief is a very private thing

It never really began. And it's silly, really, to be like this- angry and depleted of will. Crying on the floor. It's not like the one she loves has died. It's not like she's alone.


"Grief is a very private thing. You don't believe anyone will understand how you feel." Meredith dispenses wisdom from the bar top like a modern day delphi.


Laura hasn't experienced grief. She lost grandparents she never knew and watched her parents grieve in ways she couldn't understand but it all seemed so far away. As if it were on a stage.
She leans elbows on the bar and tries to imagine wrapping herself inpain like a blanket.


She remembers flying, taking a plane across the country and sleeping with her head against the side of her chair. Flying was escaping and getting far away fast. She used to want to keep running then, so maybe she understood how Dan felt.


She used to be scared. She felt inadequate and incapable as a parent and spouse. She never felt more alone than when she was at home with them - Jack, the kids, the nuclear family in a meltdown only no one had spotted the early warning signs. Jack was born to damage control, easing the fear and the uncertainty by with an ease that belied his lack of organisation in other areas of his life. She protected them the only way she could think of, by removing herself from the picture.


Grief is private so she doesn't intrude. She leaves a jar on the boat shed steps. She can cook now. It's an offering. Unappreciated no doubt, only she isn't quite sure what "looking after" means. This is the best she can do and she's never done it before. 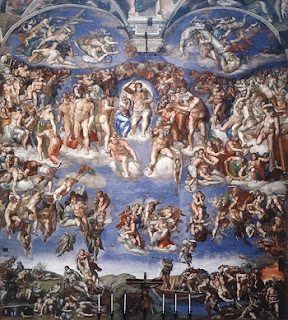 I was thinking half the night. Finally, I realized something. I fell into a long, restful sleep and all ceased to trouble me ...
Michelangelo. You know about him a lot. His life, works, views, Pope, sexual orientation. But it does not describe me with the scent of the Sistine Chapel. You never have looked at this beautiful vault. You did not see it. You're a tough guy. Let me ask you about war, you throw me a quote from Shakespeare: "Once again the battle ahead of us, my friends." But I've never been in a war. Do not keep your head on your knees best friend who asks for your help. When asked about love, you quote me a sonnet. But I never felt like helpless woman, yet outrageously happy. You did not see understanding in her eyes. I do not feel that God sent you an angel to thee freed from the depths of hell.

I do not know what it means to be an angel.. You do not know what it is to sleep on a chair in the hospital when you have to convince doctors that time of hospital visits does not concern you.. You haven't experienced a real loss. The loss of what you loved stronger than yourself.... I look at you and do not see an intelligent, confident man. I see a feisty, frightened child.

You think I know how hard it was for you and I know how you feel, who you are, because I read "Oliver Twist?" Is that defines you? Personally, I do not care because it doesn't discover anything in front of me, which is not written in the book. Unless you start talking about yourself, about who you are. Then I'll wake up in the fascination. But you do not want that, right?
Posted by Johnny at 2:39:00 PM No comments: 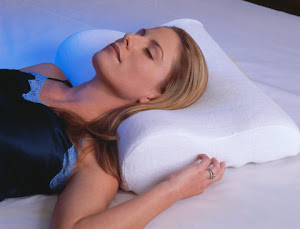